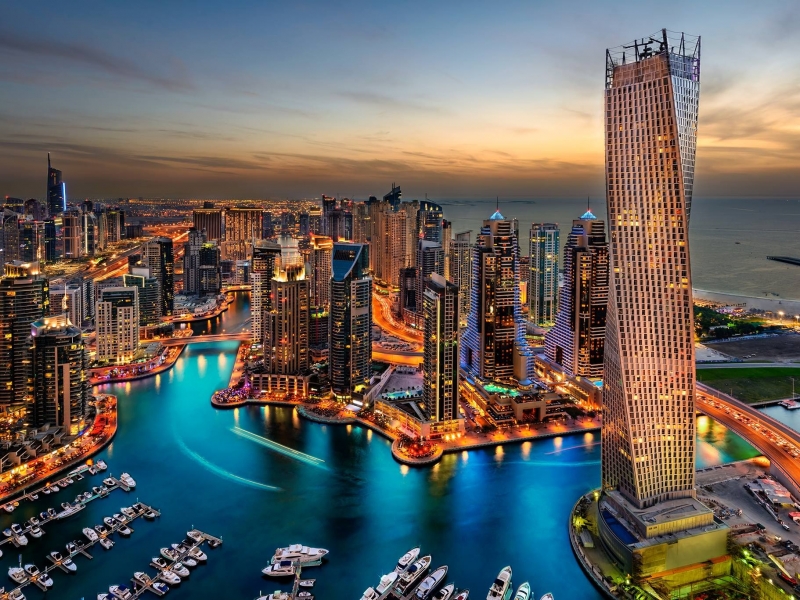 Dubai was a small fishing and port town in the 1900s.  After a long period of time, the Dubai Pearl Market began to collapse in 1969 with the discovery of oil in Dubai. Britain in 1968 under the auspices of the region announced the withdrawal of the region. After the withdrawal of Britain from the region, Dubai The emirates of Abu Dhabi, Sarika, Acman, Fuceyre and Ummul Kayveyn merged with the establishment of a monarchical federation and formed the United Arab Emirates on December 2, 1971. When Ras al-Khaimah joined the other six emirates in early 1972, the United Arab Emirates was composed of the present-day emirates. After the discovery of oil in the region, Dubai's income rose steadily and rapidly and the emirate became a city of commerce, shopping and tourism.